See Geotagged photo album with captions and notes from the stage

Photogeek? If you really want to dive into it, you can download galleries to Google Earth and fly into a 3D representation of the route and photos. It's pretty neat...if you're into that kind of thing. Just click on the gallery link above and select the "View In Google Earth" option. 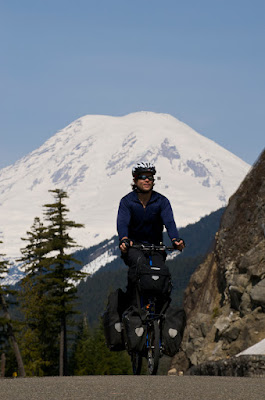 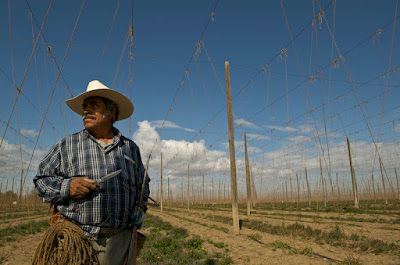 In 1999, my Pops found a Fish Tale Ale hat on the golf course and gifted to me. I wore it for nearly ten years, until it went missing on my last bike tour. Therefore, I thought it was fitting to kick off this tour at the Fish Bowl--with a little lesson from Big Bill Bleakney on how to pronounce Warshington State correctly.

The bartender talks about the 5-year wait list for the mug club and how she is a perfect example of BIRDS, BEErS, and conservation going hand in hand.

I liked the Marzen so much that I decided to name my bike after the joint..."The Fish Tale"...hopefully it rides as smoothly as the ale went down.

The BIRDS AND THE BEErS bicycle tour is on the road.

The BIRDS and the BEErS spun out of Olympia, Warshington on April 24th. The first stop was the FishTale Brewery and then for some birds at the NISQUALLY National Wildlife Refuge, where the river meets the Puget Sound on the Nisqually River Delta. View the latest shots with captions at the Geotagged gallery. 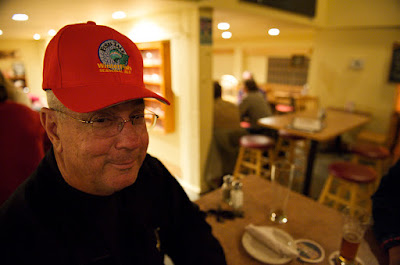 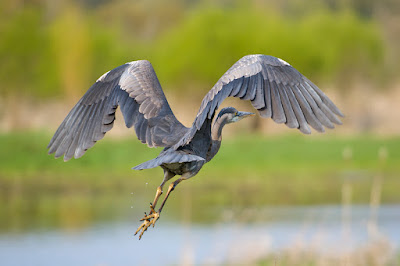 Posted by Gregg Bleakney at 8:28 PM No comments:

Email ThisBlogThis!Share to TwitterShare to FacebookShare to Pinterest
Labels: BIRDS AND THE BEErS, Cycling, Photography 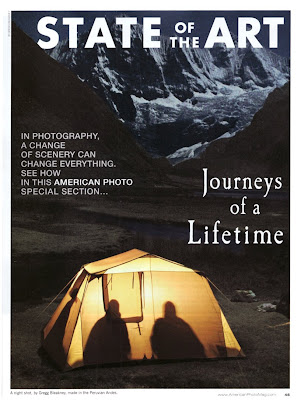 The May/June issue of American Photo has a nice article about how photography changed my life...with some of my pictures and chat about my book too. The issue is devoted to travel with a section on some of the best places in the world to photograph. I've been a fan of the American Photo since I started taking photography seriously and was stoked to learn that there are a great group of people behind the scenes making it all happen. You can read the article online or pick it up in May at most magazine stands in the States. 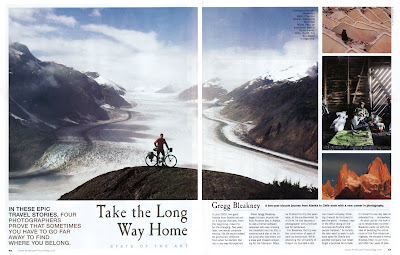 BIRDS AND THE BEErS Tune Up

My GPS and multi-media equipment are here now. I gave it a practice spin around town yesterday and then headed to Dutch Bike Seattle to get my ride tuned up...which I made a multi-media piece from.

SEE IT GEOTAGGED ON THE MAP

PHOTO GALLERY FROM THIS STAGE

Posted by Gregg Bleakney at 9:00 AM 2 comments:

Email ThisBlogThis!Share to TwitterShare to FacebookShare to Pinterest
Labels: BIRDS AND THE BEErS, Cycling, multimedia, Photography

About The BIRDS AND THE BEErS - a geotagged bicycle tour

A two-wheeled (geotagged) spin on migration, conservation, and fine Ale

Huh? What is this?
The BIRDS AND THE BEErS bicycle tour came into orbit in March, after I was given a scholarship by Rich Carkson to attend the International League of Conservation Photographers summit and workshop in Jackson Hole this May. It’s truly a dream for me to be able to meet, make photos with, and learn from a group of some of the most outstanding photographers of our generation who are really trying to make a difference with their work--I just couldn't figure out how I wanted to get to Jackson to be there!

Geotagged?
My new Nikon camera equipment has a built-in GPS capability (with an aftermarket part that I ordered from Bryan in China) that stamps each picture with latitude, longitude, altitude, and compass bearing information. This means that my galleries and other stuff from the journey (including current location) can be referenced geographically on a map. I've decided to give it a shot. My initial route plan, trip bits, and images are located here.

On BEErS
In 2005, I set out on a bicycle tour from Alaska to Argentina. Along the way, I picked up a camera and looked outward obsessively through its rectangle in attempt to interpret what was going on in the world around me. My understanding was not gained through traditional scientific method but rather by a simple gut feeling forged during two years of traveling over the earth’s surface on two wheels.

At the end of my journey I decided that, rather than go back to a corporate software sales job, I would devote my work to capturing images that demonstrate what's happening to our planet and hopefully inspire change back home. However, after completing my dream of cycling 18,000 miles across the world, I was both relieved and anxious at the same time—I needed a few beers to replenish my carbo-load and let my new life soak in. Since then, I’ve realized that the key to any successful bicycle tour is tippin’ back a few brews along the way.

On BIRDS
I love bird watching. I think that birds are the stewards of our planet. They have a lot in common with a traveling photographer—always on the move migrating across the earth’s latitudes. In spring, millions of em’ fly north from South America to Alaska through the Pacific Flyway zone of Central Oregon, Idaho, and Wyoming. These states also happen to harbor flocks of some of the most spectacular cycling routes and microbreweries in the country.

So there you have it. Why not ride my bike from Warshington State to the Jackson Conservation Summit, watch BIRDS, and drink a few BEErS as I contemplate making pictures along the way?

On Photogeekdomness
This is also an excellent opportunity to practice using my new Nikon camera gear with GPS geotagging capability, multi-media production kit, and Google photo-mapping applications that I will probably use for my next, really big photographic project:)
The result of my first round of tinkering is this Geotagged series of maps that you can use to follow the trip.
Posted by Gregg Bleakney at 11:32 PM No comments:

BIRDS AND THE BEErS - My Whip

I've decided to ride a folding bicycle by Bike Friday on the BIRDS AND THE BEErS tour.

Posted by Gregg Bleakney at 10:15 PM No comments: 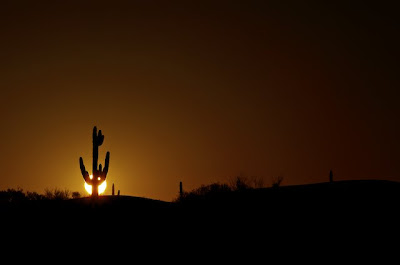 I've spent the past 4 days writing, visiting with family, and soaking in a hot tub while soaking up sunsets over the "desert in bloom" at a fancy resort near Phoenix. It's been a rough life, my most trying moment during these past days was forcing myself out of the hot tub to consume margaritas and mole enchiladas at the Mexican joint down the street.

I head back to Seattle this weekend where I'll start getting my thoughts and things together for a bicycle tour to Jackson Hole, Wyoming. 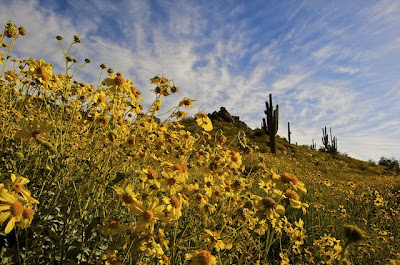 Posted by Gregg Bleakney at 11:23 AM No comments:

I've been without a SLR camera for nearly 3 months since my gear was stolen in Colombia in January. Needless to say, I was pretty darn excited when my insurance check showed up 3 weeks ago and even more thrilled when my new gear from Nikon was delivered last week. No more rental gear--no more guesswork about what next.

Since my old kit was Canon, I'm learning how to operate all of the controls of the new devices...and believe me...there are a lot of functions to learn, the manual is over 400 pages. The key difference is that what slided left on the Canon, slides right on the Nikon, including the mast basic function of screwing on a lens or adjusting exposure compensation. So if you see a tall white guy wandering around the streets of Seattle cursing at a fancy looking camera, it's probably me.

G
Posted by Gregg Bleakney at 9:04 AM No comments:

Email ThisBlogThis!Share to TwitterShare to FacebookShare to Pinterest
Labels: Photography
Newer Posts Older Posts Home
Subscribe to: Posts (Atom)
I'm Not At Home is the Blog of Gregg Bleakney, Creative Director of WhereNext.com, film director, and photojournalist specializing in adventure travel, cycling and conservation. Based in Bogota, Colombia and Seattle, USA.