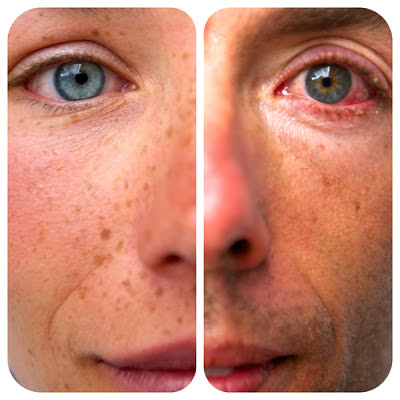 Cucoy National Park, Colombia - 14,000 feet.
Marta and Raul made a bet that travel on two wheels would yield the intangible reward of life unfiltered, of travel beyond the typical tourist's bubble.  They were two years into a three year cycling trip through the Americas when I spotted them in a mountain hut last week (without their bicycles).  I see eyes that reveal themselves only after authentic experience--the eyes of a traveler.
Can you see them too?

Posted by Gregg Bleakney at 1:51 PM No comments:


Lip biting, gear sorting, list making, camera prodding.  My standard pre-assignment ritual.  Tomorrow I'm hopping a bird to Colombia for seven weeks.  If there's a place on the planet that feels like a second home, it's Colombia.  I've been shooting there every year since 2008--but this trip is different.

2012 was surreal for me. A flurry of around-the-world flights to 13 countries.  Big goals, big projects, intense assignments, and killer new clients.  It all blew by so fast.  When I close my eyes, my memory spins, I get dizzy on experience.  Now it's time to press pause.

This year I want to re-connect with my roots as an adventure travel visual storyteller, when my spirit was unfiltered, peripatetic, sniffing butts (see below) and wandering on a Ribbon of Road.  So I'm kicking off 2013 with a completely re-designed website and blog that better express my personal brand.  Most importantly, I carved out a block of time to journey back to my second home for no other reason than to follow my visual curiosity.  No assignments, no deadlines, slow down, anticipate.

Below, I've re-published an interview I did with National Geographic Adventure Magazine as I was pedaling from Alaska to Argentina.  This shortlist of lessons learned while I established my storytelling roots (but before I knew that I would become a visual storyteller) are just as viable today as when I wrote them down in 2006.  A perfect guide for my 2013 endeavors.  Let the serendipity begin.

Be Nice. "In 100 Mile House, a former South Cariboo gold rush town in British Columbia, I camped with a 78-year-old Russian military captain. Over a few beers, he shared his most important safety rule for traveling in foreign lands: 'Always remember that nobody wants to fight, cheat, or rob a nice guy.' Sometimes it's tough to be nice when you've ridden 80 miles in 100 degree heat through the Peruvian coastal desert and you're attempting to order dinner for the tenth time from a women who claims that your money is fake. But I've fully embraced this rule and it hasn't let me down so far."

Sniff Butts.  "Be like a dog--sniff butts.  Smell things, stare at things, touch things, taste odd-looking food, and talk to strangers. At some point during my middle-class American upbringing, I lost touch with my animal instincts. When traveling on bicycle you are much more exposed to the elements than when traveling in a car or bus. Engage all of your five senses to better protect yourself and interpret the world around you."

Surround Yourself With People Who Support You and Your Dream.  "While cycling on a jungle road in Chiapas, Mexico, I was assaulted and robbed by machete-toting banditos. As a result, I lost a substantial amount of gear, my cycling partner, and my self-confidence. My sponsors immediately sent replacement gear and my friends and family gave me the emotional support I needed to continue with my journey. Without their support, I would likely be nine to five-ing it right now, daydreaming about what could have been. Brooks rejoined the trip a few months later."

Simplify.  "The less stuff you have, the less you have to worry about. My bike and gear tipped the scales at 135 pounds when I started this trip in Alaska. Through a large 'mail-home' package, misplacements, and mysterious disappearances, my kit now weighs in at under 100 pounds. I don´t miss anything, especially when climbing 16,000-foot passes in the Andes.

Surrender Yourself to Your Dream. After about nine months of being on the road, I finally realized that this experience was not just a temporary departure from my real life, but that my dream had actually become my life. At that point, I became more flexible with my planning. I let my dream pull me forward, rather than me attempting to push it forward. Since this 'surrendering,' I've been much more relaxed, happy, and able to cope when things go awry.
Posted by Gregg Bleakney at 9:39 AM No comments:

Email ThisBlogThis!Share to TwitterShare to FacebookShare to Pinterest
Labels: Colombia, Photography, Ribbon Of Road, Travel
Newer Posts Older Posts Home
Subscribe to: Posts (Atom)
I'm Not At Home is the Blog of Gregg Bleakney, Creative Director of WhereNext.com, film director, and photojournalist specializing in adventure travel, cycling and conservation. Based in Bogota, Colombia and Seattle, USA.