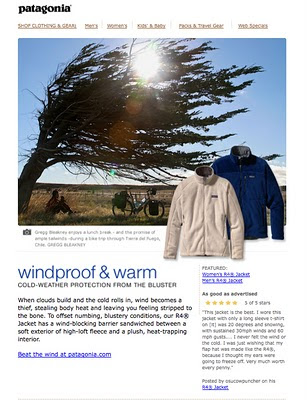 Last week, Patagonia used one of my pictures from the RibbonofRoad collection for a promo emailer for their new windproof gear.  I'm always stoked when they use one of my cycling images b/c I'm a big advocate for using the bicycle as a tool for exploration and travel and think that Patagonia is a perfect company to help push this travelosophy.  In my high school years, before I had even the slightest interest in making pictures, I used to take the ferry to downtown Seattle from Bainbridge Island and ride my bike up to the Seattle Patagonia store just to grab a catalog and look at the pictures on the wall.
Posted by Gregg Bleakney at 12:24 PM No comments:

I was bummed to hear that Rodale's Mountain Bike Magazine was shuttered last month. In a media age where top ten product lists (that suck in search engine eyes) dominate so much editorial content, it can be tough to get actual "out in the world" stories approved. So, I was really excited when the editors of Mountain Bike greenlighted a powerful story that I proposed--about real people in tough circumstances doing extraordinary things.

The story, featured in the September issue (written by Grace Bastidas) was about Colombia's coal mine cyclists. These guys are the most inspirational people I've ever worked with. Recently, 70 of their friends and peers lost their lives in an explosion in a neighboring mine, a tough blow to the resilient community of Amaga on the outskirts of Medellin, Colombia.

I've attached the article, video about what it's like to descend into some of the world's gnarliest mines, and a few more photos. I hope to get back to Amaga to cover this story in more depth at some point next year. 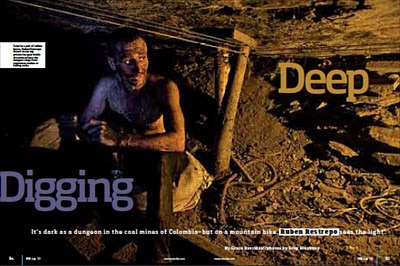 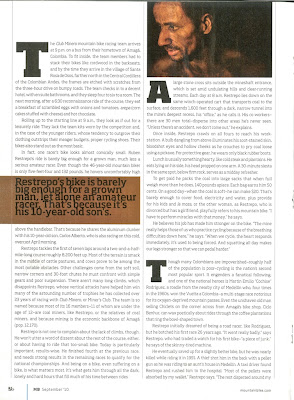 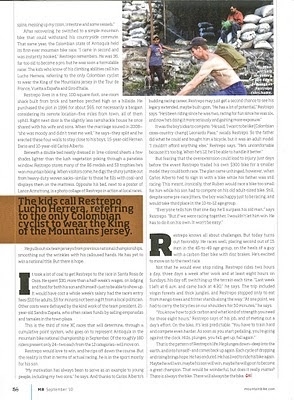