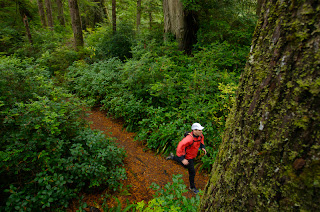 In 2003, I cycled across Alaska following the Alaska Oil pipeline with my buddy Greg McCormack. He's always thinking of creative and interesting outside play themes. In the past 4 years, he's been working a full-time job for NOAA at their offices on the Olympic Peninsula but that didn't get in the way of him concocting a plan for a grand-life adventure. What did he decide to do? Ohhhh just go out and trail run every mile of Olympic National Park. Given that there are nearly 1,000 miles in the Park to conquer and that it has the reputation of the most rugged and wild of our US Parks, this was not the dream of a softy. 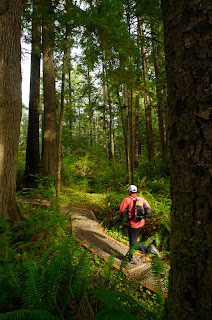 It's taken him 5 years to complete (he remained fully employed the entire time). Last weekend, I was able to coordinate a photo-shoot with him in the Kalaloch Rain Forest as he was finishing up the last few miles of his adventure (which included mountain biking a closed access road for 10 miles, crossing a chest high river, followed by 30 miles of trail running through the night).

While I was there, I also hooked up with the Olympic Bird Watching master from the Audubon Society - Bob and a dude who helps make shoes for Patagonia (last photo). 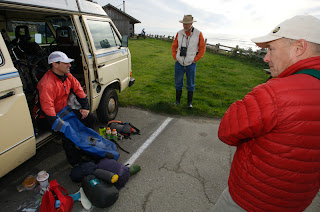