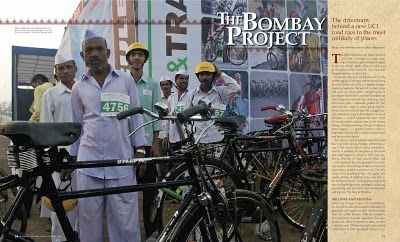 The UCI's new race in Bombay, India is featured via an article I wrote in VeloNews Magazine's May issue.
In Bombay, I photographed the piece with some nice digs to retreat to @ the end of the day but nearly broke my worst hotel record a week later when I pulled an all-nighter to write the article in a rat infested, sewage seeping on the bathroom floor, ceiling fan dangling from exposed wires, crumbling walls, $3 per night room next to the New Delhi train station.
This assignment kicked off an amazing journey through India for which I've mused about in more detail as a guest on National Geographic's Adventure Blog and the back cover shot for Outside Magazine.
VeloNews also ran a double page photo-feature from the article I wrote on the Vuelta Colombia in last year's volume. 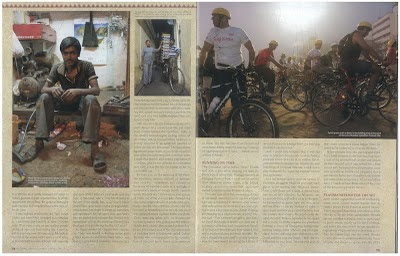 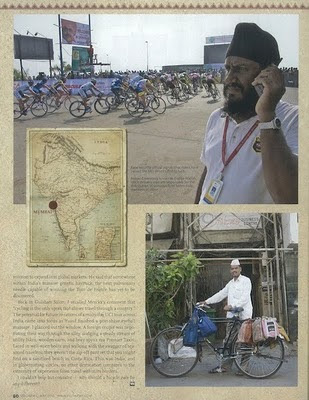 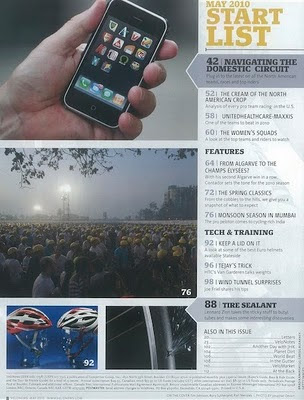 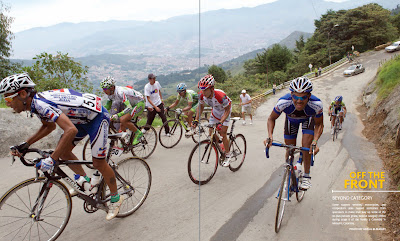 Posted by Gregg Bleakney at 9:48 PM